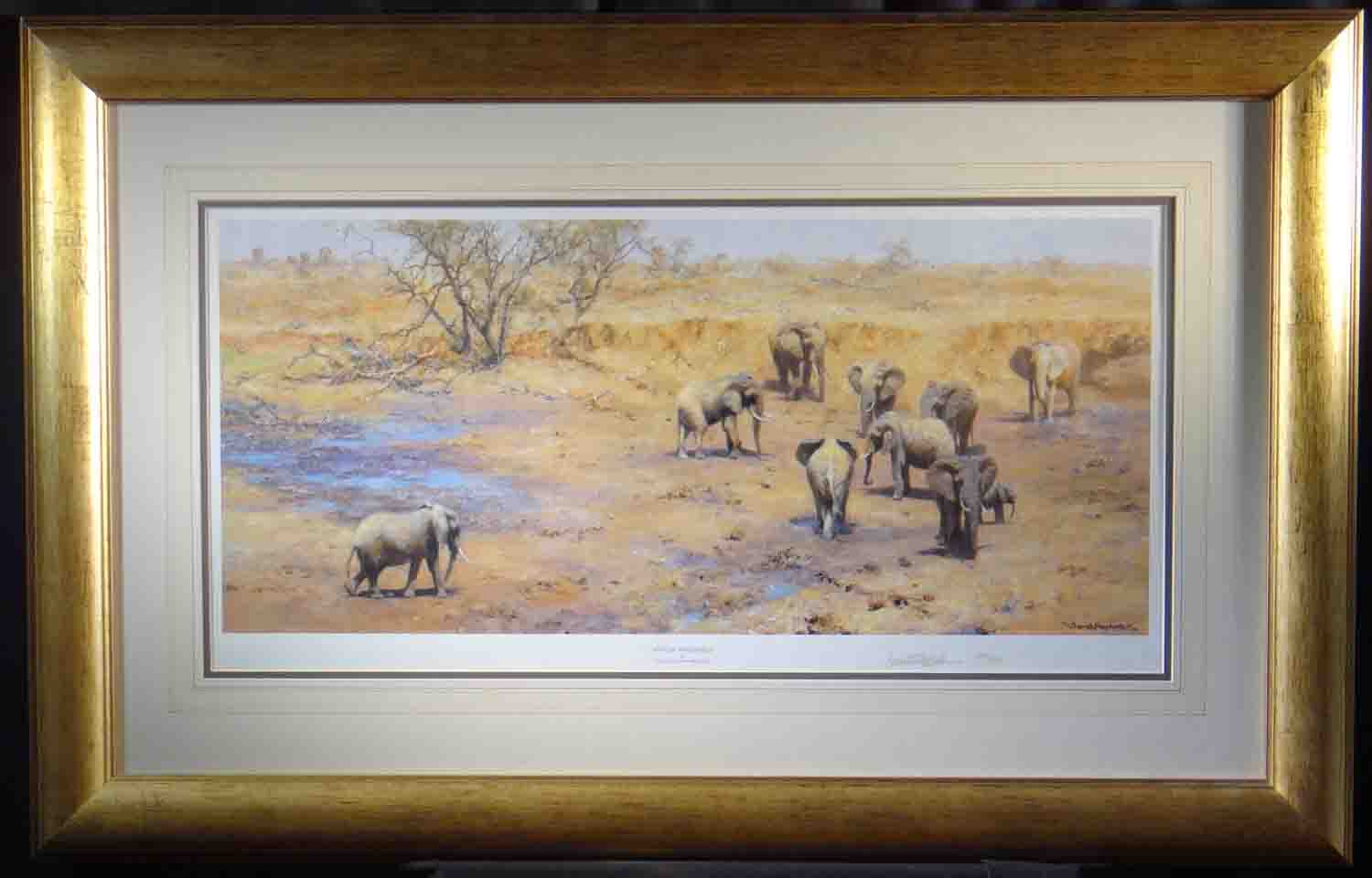 When selecting art work, it is best to consider where to go and from whom buy the art, to ensure you are getting a unique piece, rather than something that was recreated.
An online site that has been dedicated to Flint, www.russellflint.com, and sells original watercolour paintings , signed prints and limited editions of his work created
during the course of his career. Many of his paintings have been taken from the inspiration of travelling through rural France in the early 1900s, he would often include some girls in his paintings,
in various states of undress, many of whom were modelled by Cecilia Green.

Dordogne in the south west of France was a particular favourite of Sir William's, mant beautiful landscapes and buildings in this area have been preserved for posterity in his paintings
From the 1960s poster print "Wise Old Elephant" hanging on the wall of Del boy's flat in 'Fools and Horses'.
To the rich and complex later work of his finest paintings eg. "Elephant Heaven".
Known internationally as one of the world's leading wildlife artists,
and particularly as the artist who has captured images of this great animal so beautifully onto canvas
David is a passionate conservationist and he freely admits that he owes much success to the animals he paints. Prolific in output as a painter with a many stories and anecdotes, his personality is quite extrovert and enjoys giving talks, and being known as a natural promoter and an ardent ambassador for conservation.

If you would like to visit our studio in Nottinghamshire, (Saturdays and Sundays are fine too) Please call 01623 799 309 We have a collection of over 500 David Shepherd signed limited edition prints and original paintings for sale.

An artist whose highly distinguished career as one of the world's finest watercolourists and died in 1969, namely Sir William Russell Flint,
His paintings have now become very collectable and could see a very handsome increase in one's investment
Many scenes are of his model Cecilia depicted in the french countryside.


When selecting some work by Russell Flint, it is best to consider where to go and from whom buy the art, to ensure you are getting a unique piece,
rather than something that was recreated.
An online site that has been dedicated to Flint, www.russellflint.com, and sells originals , signed prints and limited editions of the works he painted
during the course of his career.
As there are many controversial images in his arsenal of paintings, and as there is mixed feelings on where he took his inspiration from
(Spain or France), much of his most famous work is highly controversial, and many of the pieces are somewhat of a misnomer to many collectors in the art world.

An artist whose work features heavily in 2014 is that of L.S. Lowry, after an extremely sucessful exhibition throughout the summer last year at the Tate Britain
Lowry's artwork, including his signed limited edition prints have become highly collectable, and partly due to the relative rarity of these signed prints,
prices are escalating on a monthly basis, at a far greater rate than could be achieved through other conventional forms of investment.
A wide selection of his signed published work can be viewed and purchased here.

Back to David Shepherd prints for sale