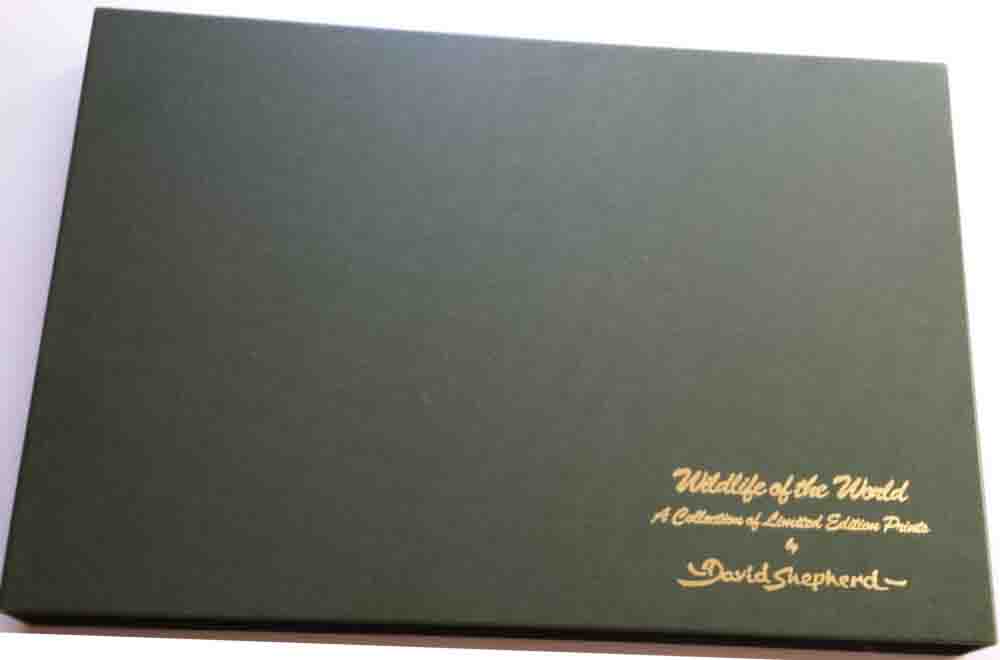 Biography of wildlife artist, David Shepherd, CBE, FRSA, FRGS, OBE.
Internationally recognized as the world's best wildlife artist. David Shepherd has at all times felt that he had a duty in the form of conservation towards the world and the animals that inhabit our planet. In his lifetime, David Shepherd has painted and drawn many pictures, and is able to share his many tales and experiences with people internationally, often talking at charity dinners and prestigeous social events. His persona lends itself naturally to this cause, as he is a most approachable down-to-earth fellow who enjoys sharing his pleasure of art and his concern over the diminishing wildlife throughout the world. In his early days, he was 'thrown' into the creative world purely by chance, as he wasn't particularly keen about other college activities.


30 years experience and a collection of hundreds of David Shepherd signed, limited edition prints in the UK!

Studio open, 7 days a week!
Viewing by appointment
Visit the studio in Nottinghamshire, or arrange a private viewing of prints or original paintings in your home.

The work of L.S. Lowry see here.
After an incredibly successful exhibition at The Tate Gallery this summer.. 2013, Lowry's signed prints
and original work have become amongst the most sought after art in the country.
His work is now highly collectible, and due to the few signed limited edition prints available,
they are proving to be an excellent financial investment.

The fine watercolours by Sir William Russell Flint need little introduction; The site displays a collection of hundreds
of signed limited edition prints and original paintings available to purchase
Russell Flint painted beautiful watercolour images throughout France, to an unsurpassed technical brilliance.
Several signed limited edition prints of paintings from Britanny, The Loire, Ardeche, and Provence are now available, and
We have for sale several original paintings from the south west France, near to the beautiful towns of Brantome and Perigueux and also Languedoc
His work has now become regarded as some of the finest watercolour paintings in the world.

Dordogne, in south west France was a particular favourite of Sir William. A detached cottage available to rent in this area can be seen here
Complete with lake, pool, and 5 acres of grounds.
Not only well known for its specialities such as truffles, walnuts, wine, and controversially foie gras, the area is of outstanding natural beauty,
with many 'untouched' villages and towns, hundreds of years old, and radiating an ever diminishing way of life.

Back to David Shepherd signed prints for sale