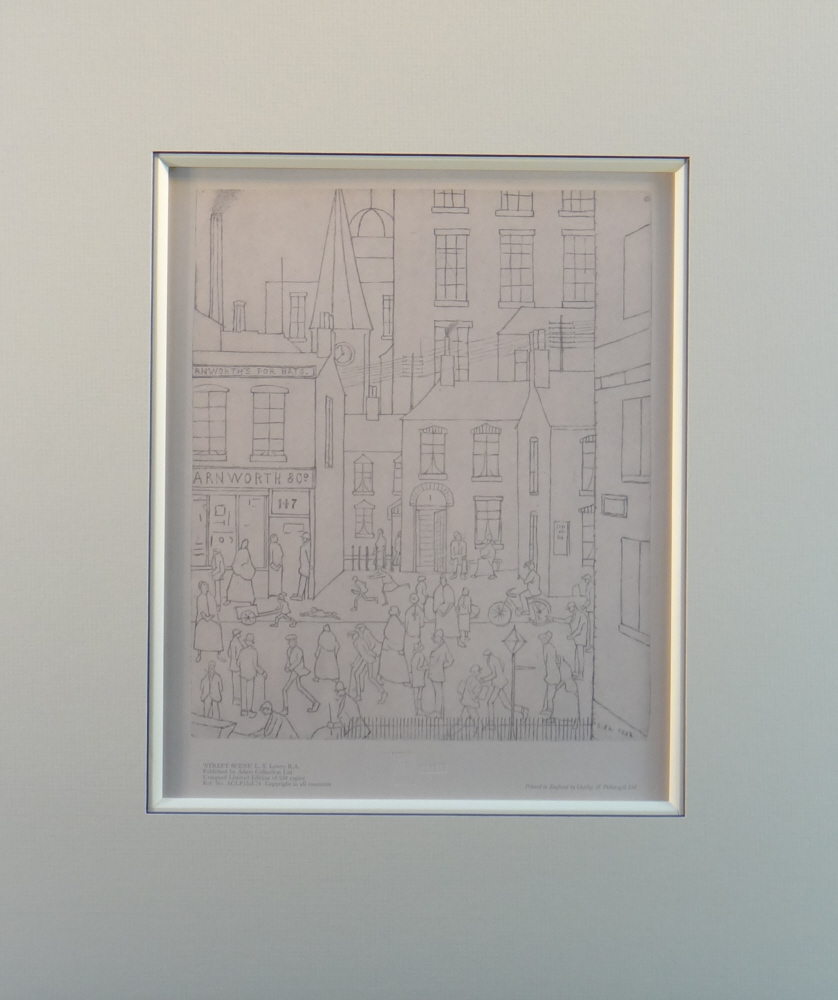 This particular print is one of a set of four, taken from quite early draings.
The other three titles are:- Outside the mill, Man taken ill, Bank Failure.
The latter of which is always the most sought after, which of course splits up the set of four publications.
It can be seen that Lowry's earlier work was more 'exact',
almost architectural in style, a style which became much looser and more expressive as the years wore on.