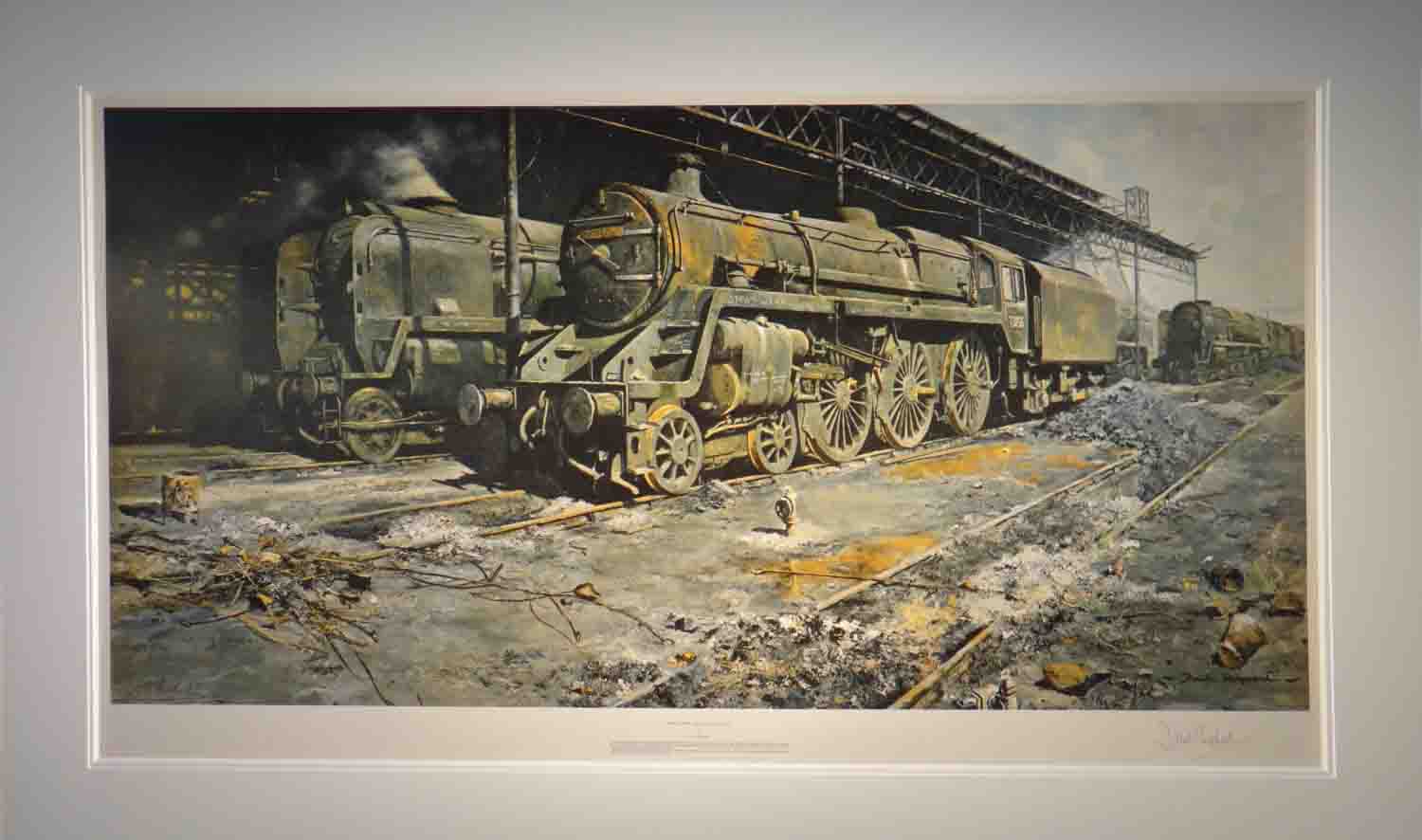 
"Exremely rare to find this title in absolute mint condition and signed by David Shepherd.
An absolute pristine example of his work

© S & W © David Shepherd In 1976, his autobiography, 'The Man Who Loves Giants', was published and rapidly became a best seller. He revised and updated it in 1989. 'A Brush with Steam' was published in 1984 and in October 1985, The Man and His Paintings' was published, which, for the first time, brought together in a single volume a fully representative selection of his work. In 1992, 'An Artist in Conservation' was published, which is a stunning collection of the best of his wildlife art with over 90 colour plates.

In October, 1995 , 'My Painting Life' and 'Only One World' were published and in 2004 his latest book, 'Painting with David Shepherd, His Unique Studio Secrets Revealed' was published.

In 1972 the BBC produced his life story 'The Man Who Loves Giants', a 50-minute documentary film, narrated by his friend, the late James Stewart, and which has been shown all over the world.

Other documentaries for television have also been made, including 'Last Train to Mulobezi'; this film tells the epic story of the rescue from the Zambezi Sawmills Railway in Zambia of an ancient locomotive and railway coach and their 12,000 mile journey back to Britain. These were presented as a gift by His Excellency, Dr Kenneth Kaunda, the then President of Zambia, after raising funds with other artists, (through an auction of seven paintings in the USA). This enabled him to buy a helicopter, which he presented to the Government of Zambia for anti-poaching work.

If you would like to visit the studio in Nottinghamshire, (Saturdays and Sundays are fine too) Please call 01623 799 309 We have a collection of over 500 David Shepherd signed limited edition prints and original paintings for sale. A viewing can also be arranged at your home.


30 years experience and a collection of hundreds of David Shepherd signed, limited edition prints in the UK!

A watercolourist, whose work needs little introduction in the world of art is Sir William Russell Flint.
We stock hundreds of this artist's signed limited edition prints and always a fine selection of his original watercolour paintings.
In the heart of Sir William Russell Flint country, deep in south west France, near to the beautiful towns of Brantome
and Perigueux is a House to let in France offering complete tranquility and relaxation.
For those who appreciate the wildlife of Africa, India and Britain, prints and paintings by David Shepherd The work of L.S. Lowry has become some of the most sought after in British history; his paintings and signed prints are achieving record prices in the artworld,
made even more collectable due to the rarity of the work and the relatively few signed limited edition prints that have been published.