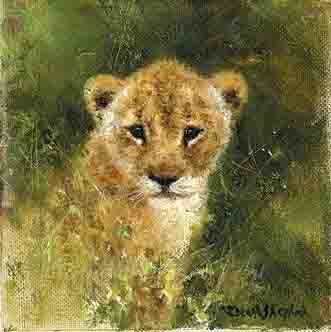 In Asia
A lioness in Gir National Park
The last refuge of the Asiatic lion population is the 1,412 km2 (545 sq mi) Gir National Park and surrounding areas in the region of Saurashtra or Kathiawar Peninsula in Gujarat State, India.
The population has risen from approximately 180 lions in 1974 to about 400 in 2010.
It is geographically isolated, which can lead to inbreeding and reduced genetic diversity.
Since 2008, the Asiatic lion has been listed as Endangered on the IUCN Red List.
By 2015, the population had grown to 523 individuals inhabiting an area of 7,000 km2 (2,700 sq mi) in Saurashtra.
The Asiatic Lion Census conducted in 2017 recorded about 650 individuals.
The presence of numerous human habitations close to the National Park results in conflict between lions, local people and their livestock.
Some consider the presence of lions a benefit, as they keep populations of crop damaging herbivores in check.
The establishment of a second, independent Asiatic lion population in Kuno Wildlife Sanctuary, located in Madhya Pradesh was planned but in 2017, the Asiatic Lion Reintroduction Project seemed unlikely to be implemented.